by Wayne Cheung
All Categories, Projects

The old  Nakote Village School was damaged by a landslide during the monsoon season a couple of years ago. It was in bad shape so the villagers decided to use the village monestery as a temporary school. Due to the location of the monestery, the children would get interrupted frequently by villagers and trekkers while in class. So they had to move back to the old damaged school building; a tent as also been setup temporarily to serve as part of the school, while construction on the new school building is completed.

During this time, the children have to bare the noise and dirt of the construction while studying at school. 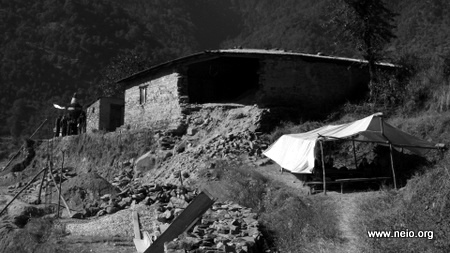